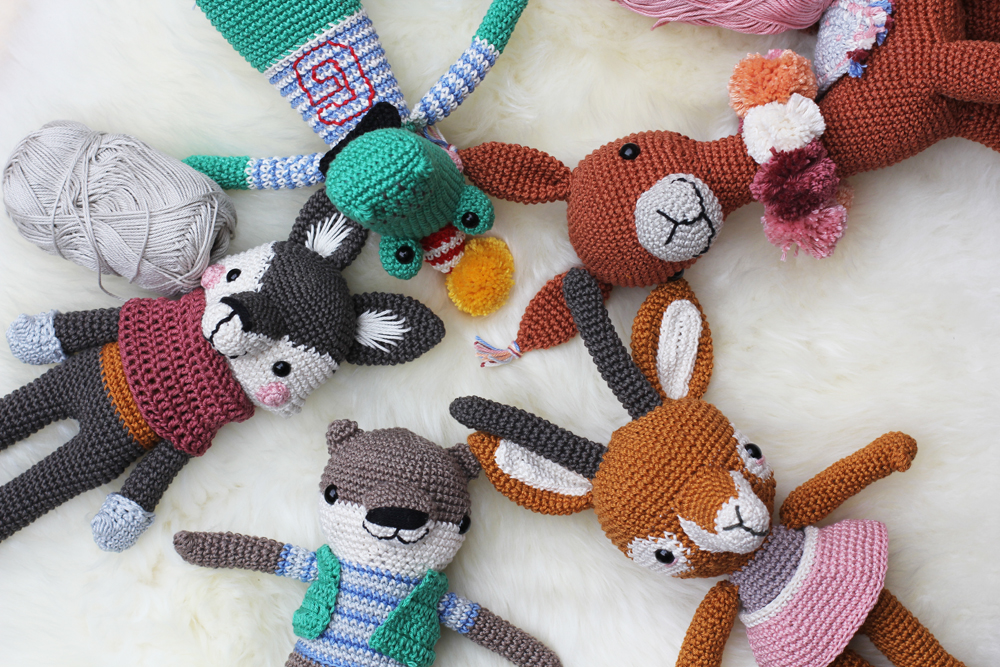 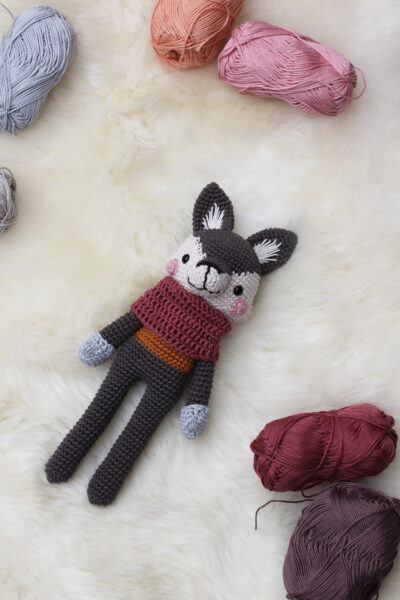 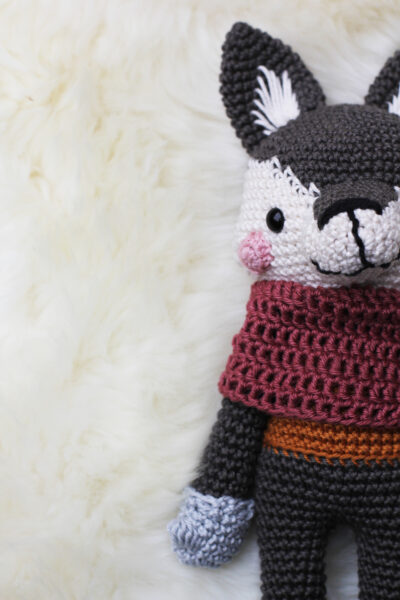 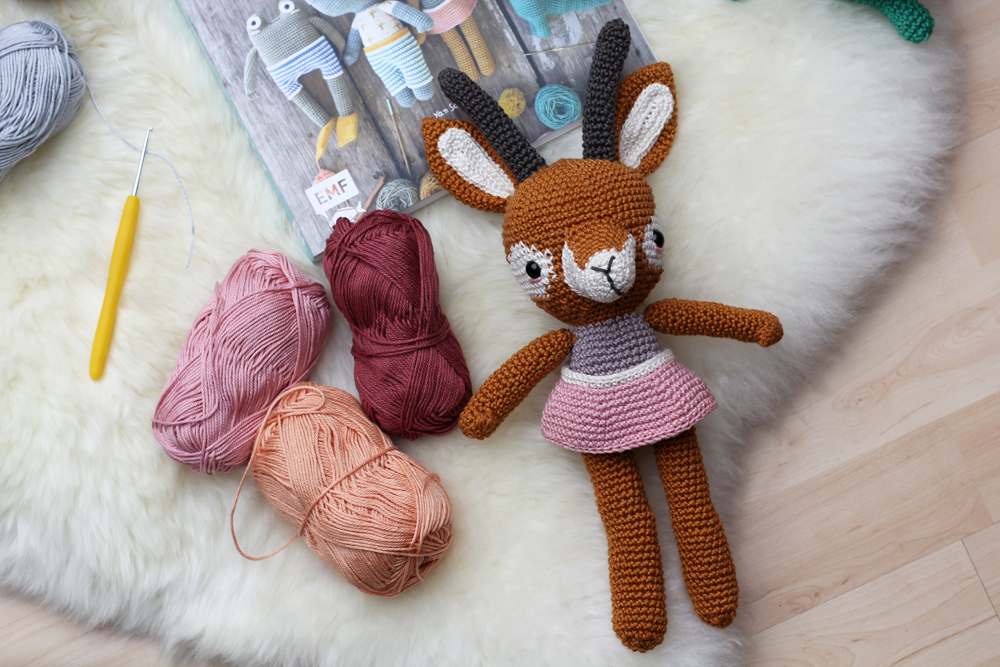 Having a knack for creative hobbies can lead to a serious passion of collecting new hobbies and skills (and sometimes ditching them shortly after). I’m certainly guilty of hobby hoarding. During my blogging break this winter I had the urge to try something new. I’ve always adored Amigurumi figures and as they look incredibly complicated to make I never thought I had the time to learn how to make them myself.

One evening I had sat down with an old crochet hook and some leftover yarn and watched a couple of YouTube videos on making Amigurumi bunnies. A few weeks later I’d made three bunnies for my nieces and nephew and was so in love with this new hobby that I treated myself to some more supplies. See, with collecting hobbies there always comes a massive collection of supplies with it and since I will run out of space sooner rather than later, I try to be more selective about what I really need to buy. I loved this technique so much that I knew I wanted to spend more time making crochet animals and found the amazing Yan online, an Amigurumi pattern designer on Instagram. Luckily, she’s got some books out already which had really great reviews. 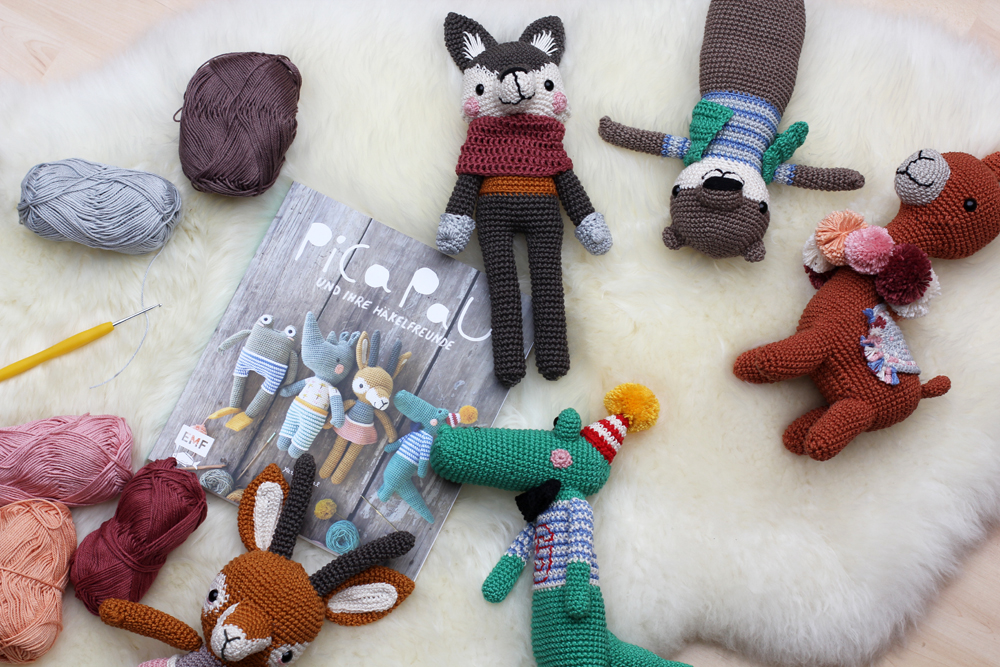 I bought the pattern book “ANIMAL FRIENDS OF PICA PAU” as well as a basic set of crochet hooks and was addicted from the first second.  I’ve made almost half of all the patterns in the book and the enthusiasm doesn’t seem to run out!

What I love most about the book  – apart from the amazingly cute patterns – is that it doesn’t leave any gaps. As an absolute beginner I was able to recreate the animals as shown in the photos just following the step-by-step patterns with the help of a crochet 101 guide also included in the pattern book. The instructions are really well photographed so that even the more complicated bit and bobs weren’t that hard to wrap my head around. 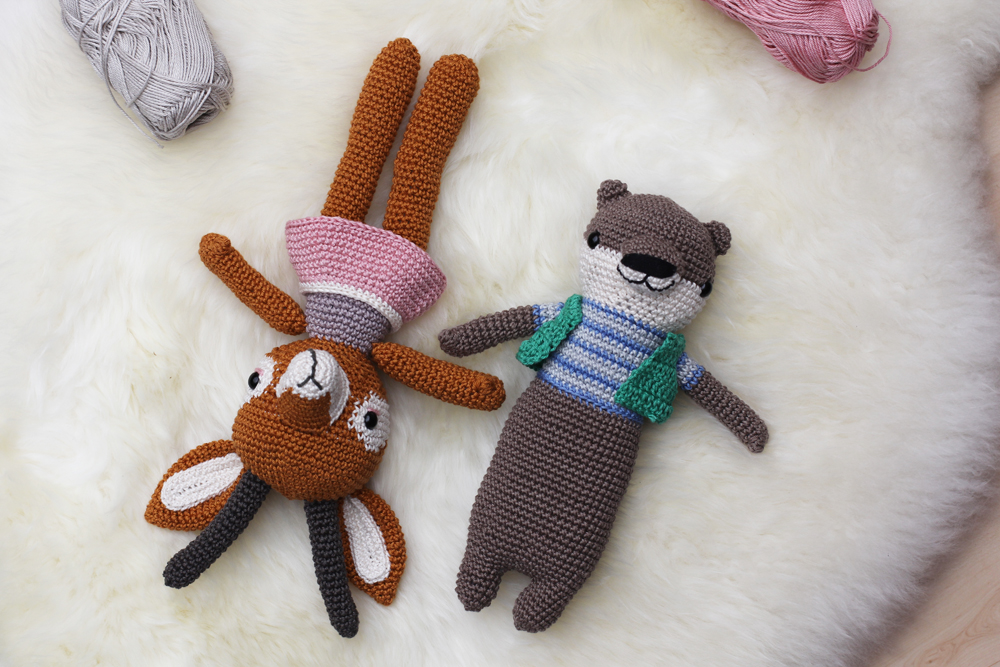 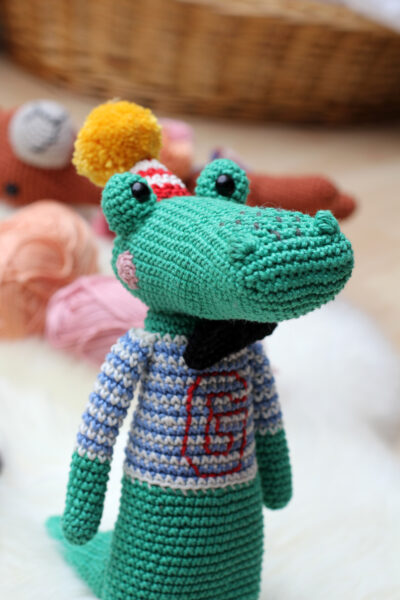 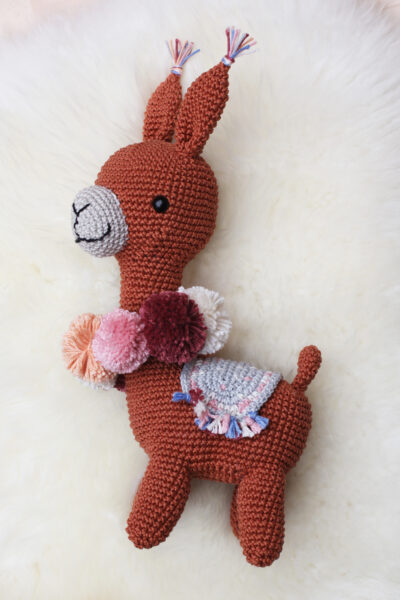 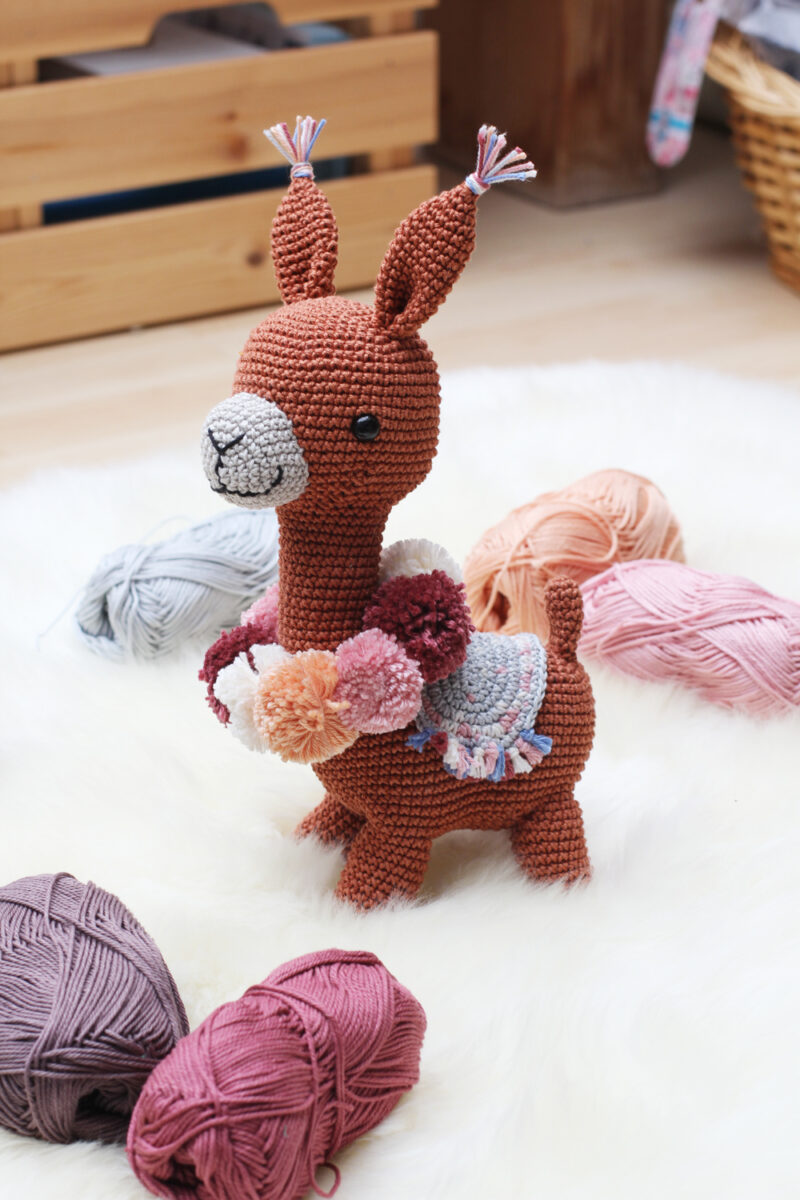 I was a bit worried about what wool to use, but learned that I doesn’t need to be the exact same wool as used in the book. You could use pretty much any wool you’d like as long as you used the same one in different colours for one project. The animals turn out bigger or smaller depending on the yarn and hooks you pick. Using a similar yarn and hook size as recommended, my animals measured pretty much the same size as the ones in the book. I got hooked on (bad pun intended) a really nice cotton yarn from Schachenmayr, called “Catania”, which is perfect for Amigurumi as it is silky smooth and slightly shiny. On German Amazon it is about 2,50€ per ball, quite a reasonable price for the quality you get. I used approximately 1-2 balls of yarn (main colour) for the animals plus small amounts of all the other colours.  They have a really nice range of nice brown, cinnamon and taupe tones. They also have really lovely pastel and vintage looking colours that I prefer to bright and glaring reds, yellows etc.
Here in Germany they sell Schachenmayr Catania in pretty much any wool and sewing shop I found out, so this is sort of my go-to brand now. The only thing that annoyed me a bit is that they apparently release limited series of “seasonal” colour ranges, which they stop selling online after a while. Naturally, I ran out of one of these mid-project and had troubles finding it online. I bought some of off Ebay, which was alright but annoying nonetheless.

So all supplies considered, the cost of making an animal is somewhere between 5-10€. For the stuffing I recycled some Ikea pillow stuffing, which works perfectly and is much cheaper than the plush toy stuffing they offer in stores. 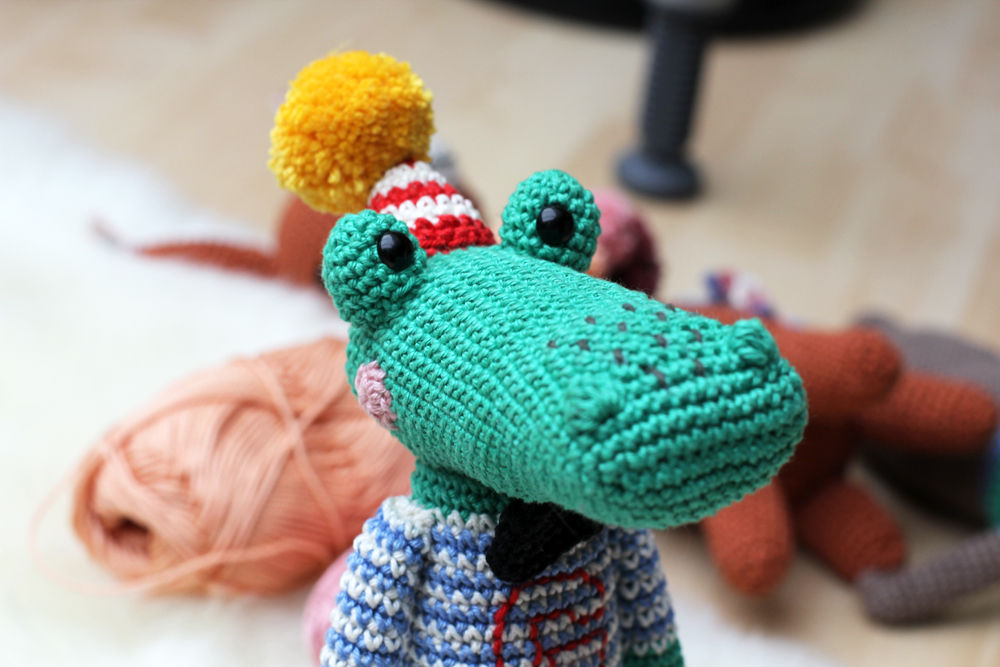 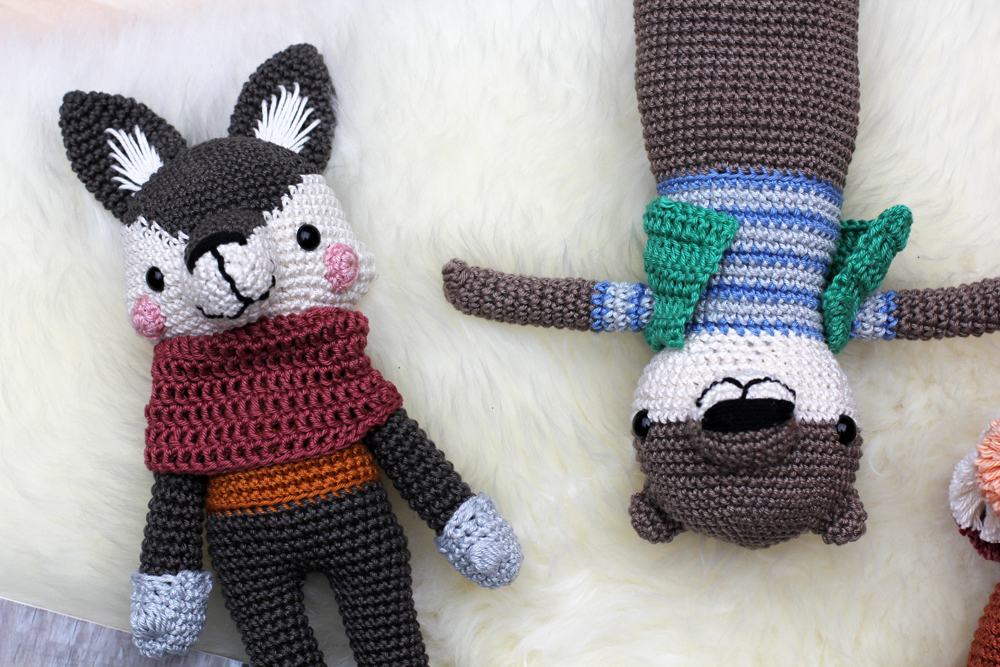 So, in case you’ve been itching to learn how to make Amigurumi yourself, I can only encourage you to try! It’s fairly easy and soooo relaxing! Another plus: lots of cute presents for you friends and family!

The ones in the pictures I’ve given all away except for the wolf which I cannot part with. I’ve made a couple more that I didn’t photograph which also found happy new owners already.  They bring so much joy, it’s incredible!

Have you meddled with new hobbies lately? Anything you’ve fallen in love with and would like to recommend?

6 thoughts on “Adventures in Amigurumi”